What Is Net Metering and How Does It Work?

What Is Net Metering and How Does It Work? 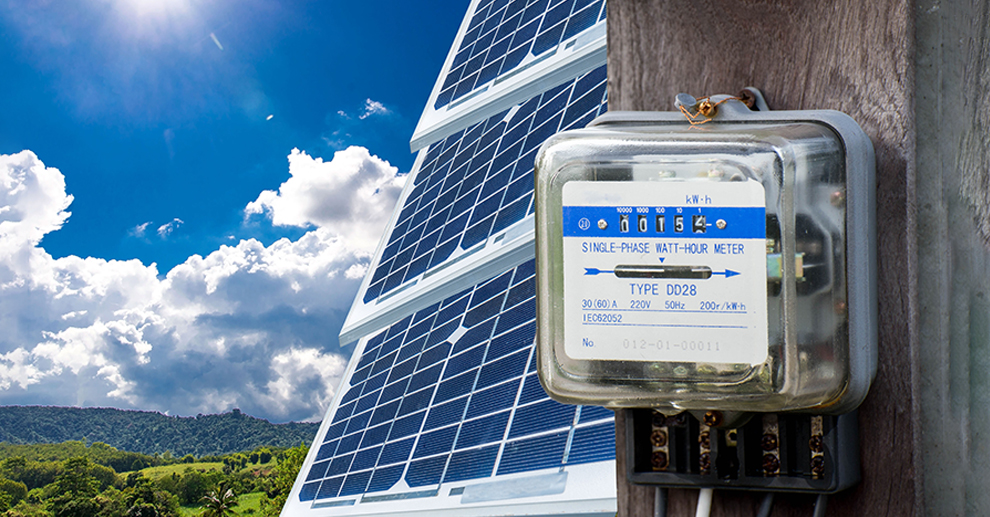 Earlier, we had discussed briefly about the metering mechanisms used in solar PV systems and their overall benefits to consumers.

In India, the metering mechanisms have been introduced to make renewable energy more economical and to promote participation in solar energy generation. So let us understand how net metering works and serves the purpose.

There are basically two types of solar PV systems: In an off-grid solar systems, the solar energy produced is stored in energy storage systems like batteries, for utility at a later time.

In a grid-tied solar system, the solar energy is utilized in real time. There is no provision to store the excess unutilized energy.

Generally in a grid-tied solar system there are two possibilities:

1) The solar PV system generates more power than that consumed

2) The solar PV system generates less power than that consumed

In either possibilities it is necessary to differentiate between the import and export of power in the energy meter. This is done using bidirectional meter that records the transfer of power separately depending on the direction. 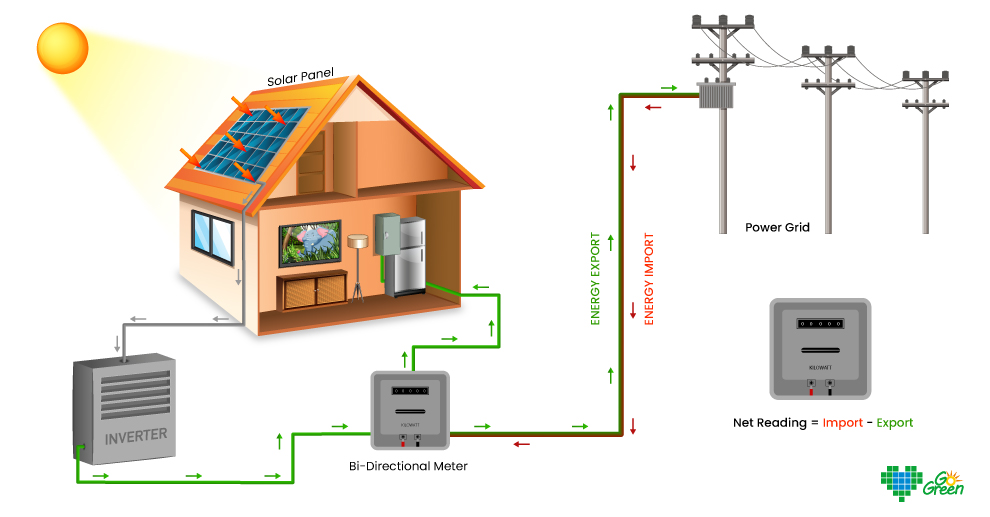 In net-metering mechanism, the total import is offset against export in the utility billing.This is called Net-Metering.

How does net-metering work? In principle, under a net metering mechanism, one can sell excess solar energy to the utility company in exchange of credits that are offset against the grid energy utilized by the consumer. During a sunny day excess electricity may be generated and fed into the grid. However during cloudy days, when the solar output is less, the credits generated shall be utilized to bring down the cost of electricity consumed. At the end of a compensation cycle, the surplus credits may be compensated by the energy company at pre-determined rates, which may differ from state to state, as per the solar power policy. While a greener environment is the ultimate take away of solar energy, introducing and implementing progressive metering policies will make the sector grow exponentially.

If you want to find the right size of solar system for your household and understand the overall savings, check our solar calculator page immediately.